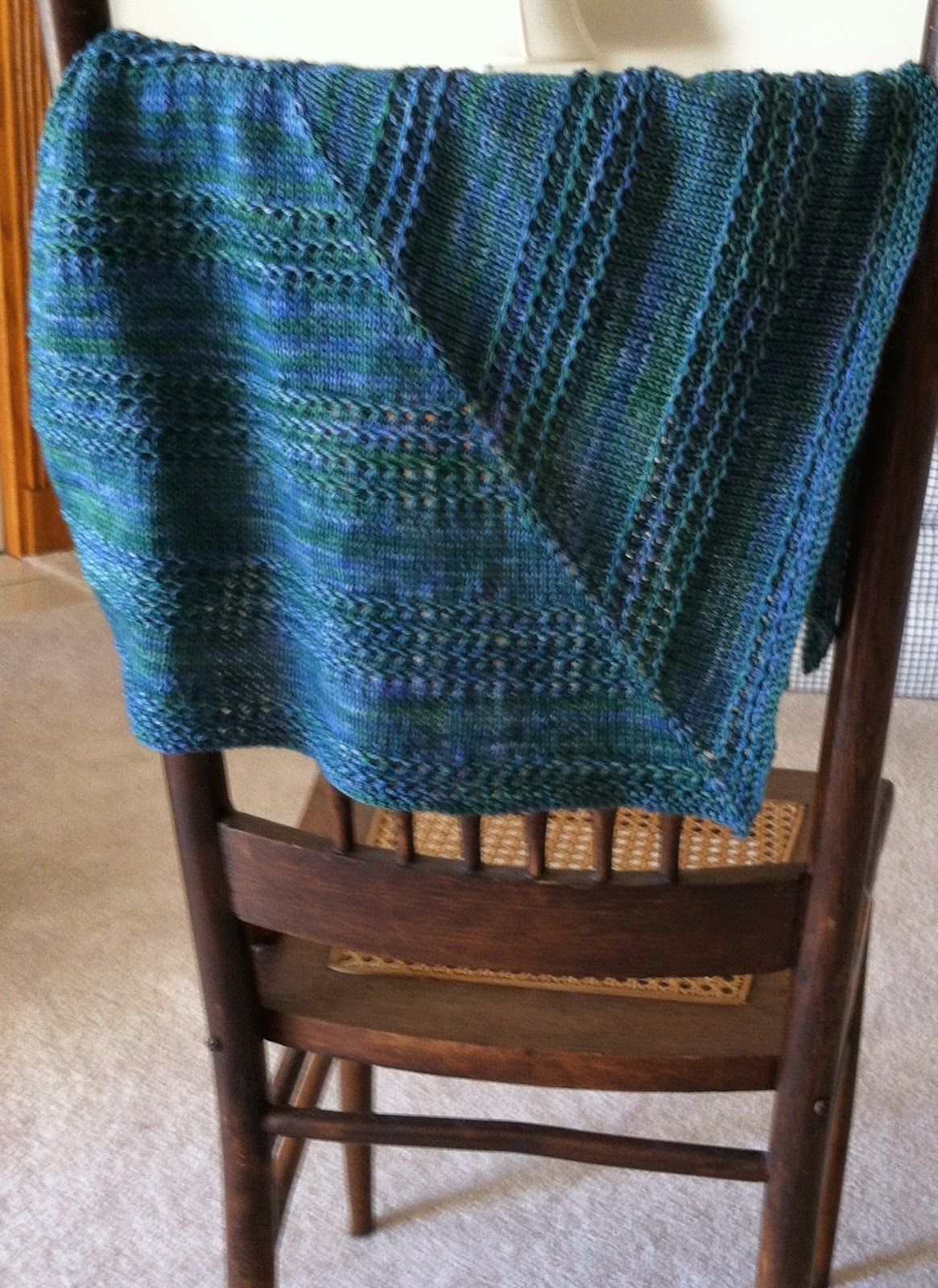 Last winter I ripped out several knitting projects and reknit the yarn into wearable objects. This winter, I knit one pair of socks, several pairs of fingerless mitts, and washcloths to give as gifts. I combined leftover yarns into a Downtown Cowl and knit a Zilver shawl using the last skein purchased on a trip to the Wisconsin Wool Festival, September 2011. Then I finished a sweater. I am always a bit surprised when I knit a sweater that fits. My Current sweater is a success.

In August 2013, I cast on the sweater in Breathless yarn, a merino/cashmere/nylon blend I had previously purchased for a large shawl. The yarn is a shade of sage green which reminds me of prairie grass being rippled by the wind. Shalimar Yarns named the color Limerick. The yoke and fronts of the sweater are trimmed in a checkerboard rib which includes a small cable twist reminiscent of a current of water meandering around the sweater. 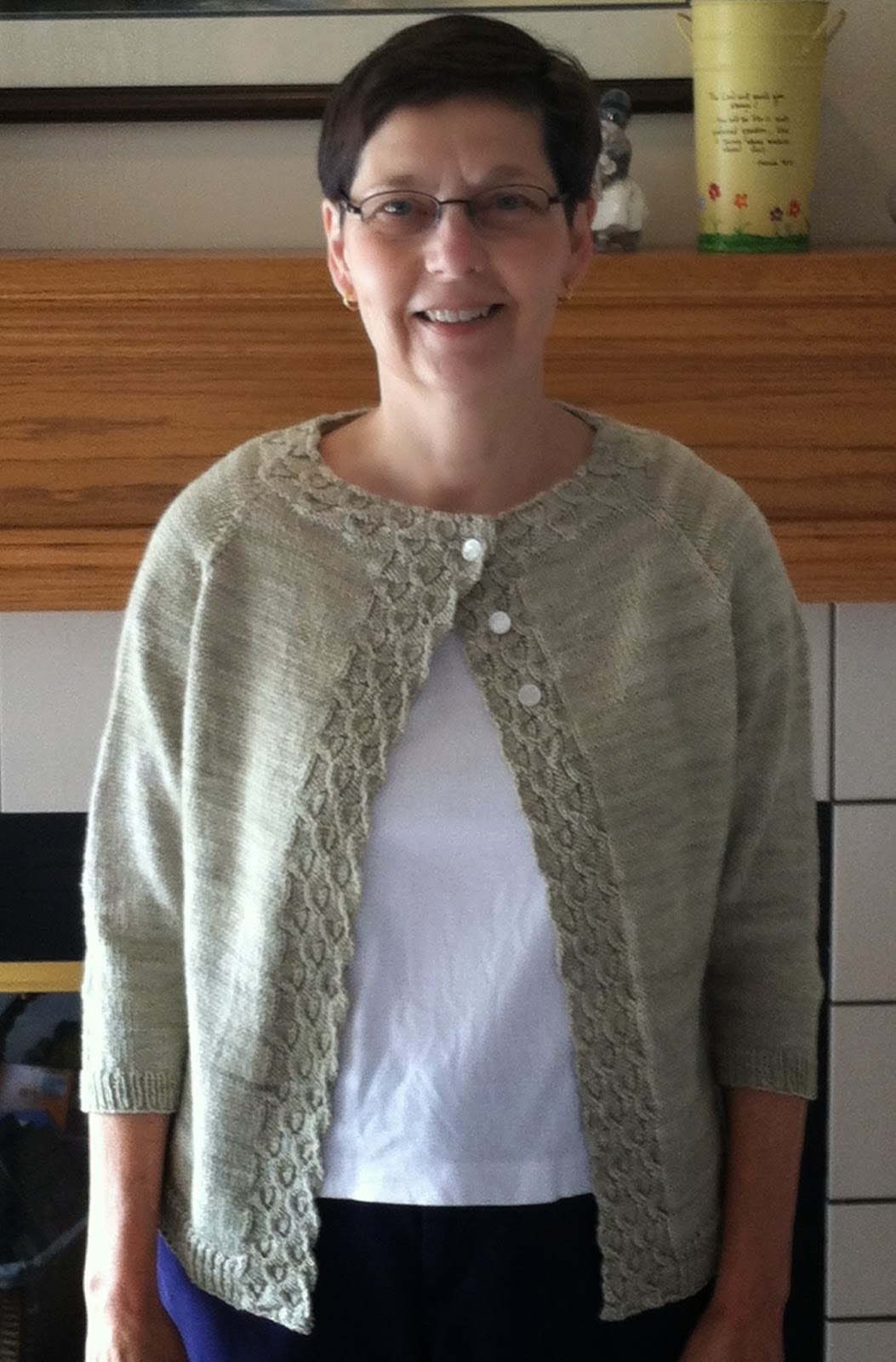 As I knit, I thought about currents of all kinds. In rivers and streams, currents are diverted by sandbars, dead trees, and plants at the water's edge. Eventually the current creates a path by following gravity to lower elevations. If one watches long enough, patterns emerge. Moreover currents keep bodies of water from becoming stagnant. Water remains healthy when it circulates. Although currents of sound evaporate, they have a rhythm much like the rhyme in a limerick or sonnet. Ancient epic poems often acquired a rhythm as they were recited because rhythm helped storytellers  memorize and recall stories. The rhythm of poetry is part of its beauty. Currents of wind and air affect weather. Wind currents blow across grasses, through trees, neighborhoods, and open country. They leave evidence on rocks, mountains, lake surfaces, snow in ditches, and leaves against my garden fence. They shape trees in many places, including Interstate 80 through Nebraska. As the wind blew through autumn and winter, I knit on this sweater. I finished it about the time of the spring equinox. The lighter weight yarn makes this a good sweater for Spring.

Right now, I have three projects on my needles, a yellow sweater for a toddler, a pair of socks in a bright yarn variegated with yellow and blue, and a pair of fingerless mitts, also a soft yellow. I do believe I have put away the blue and gray yarns of winter. However, blue will be back in my knitting rotation come summer.

Nine months into retirement, I enjoy the changed pace in my life. For years I have wanted to savor Spring's arrival and now I can do that without being distracted by the end of the school year tasks. Late last summer I was diverted by a chickadee hanging upside down on a deck chair. In February, I watched the gradual change in light foreshadowing Spring. This week, despite Sunday's snow, buds are forming on the birch outside my window. The wind is blowing and I hope the prevailing current is toward Spring. 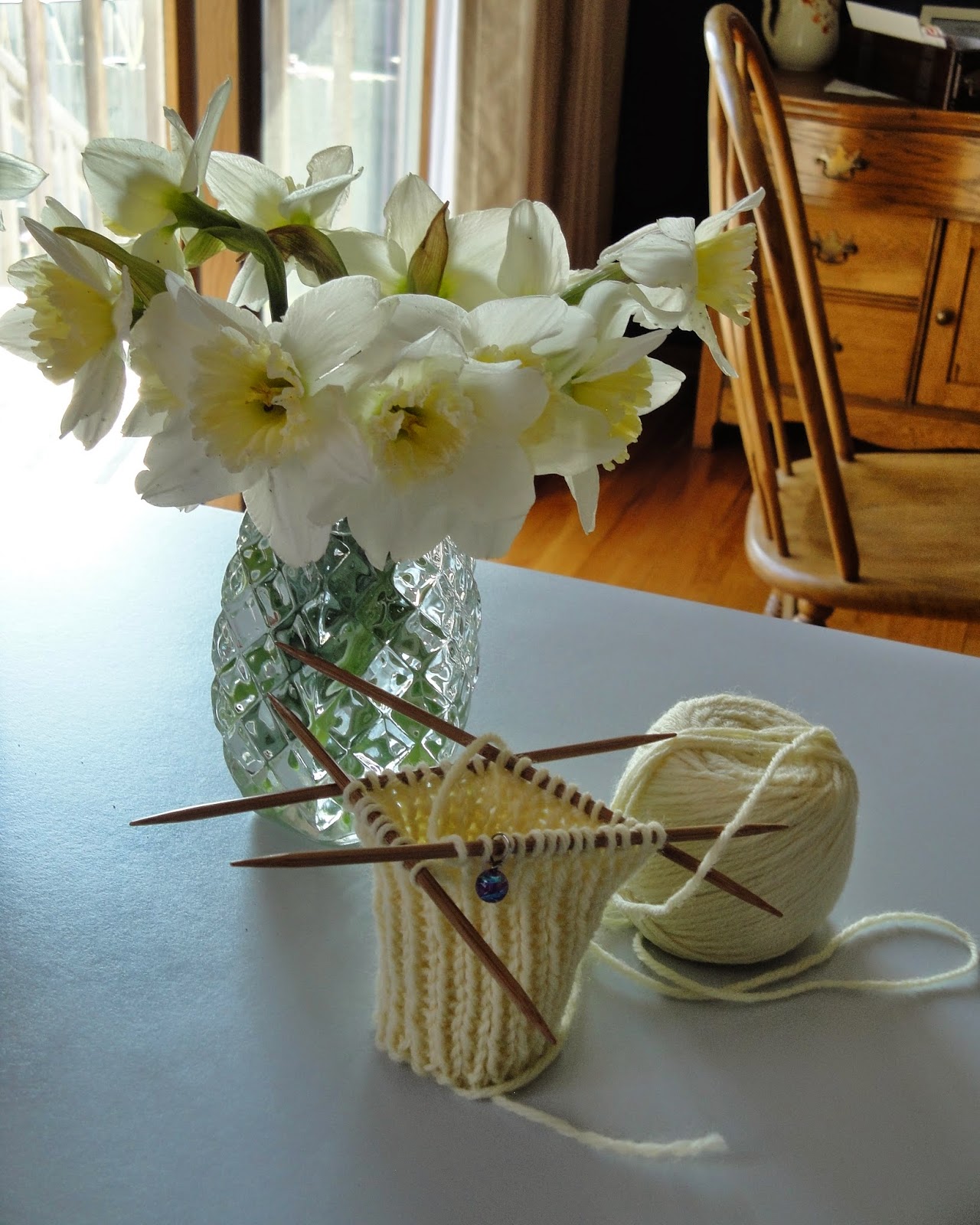