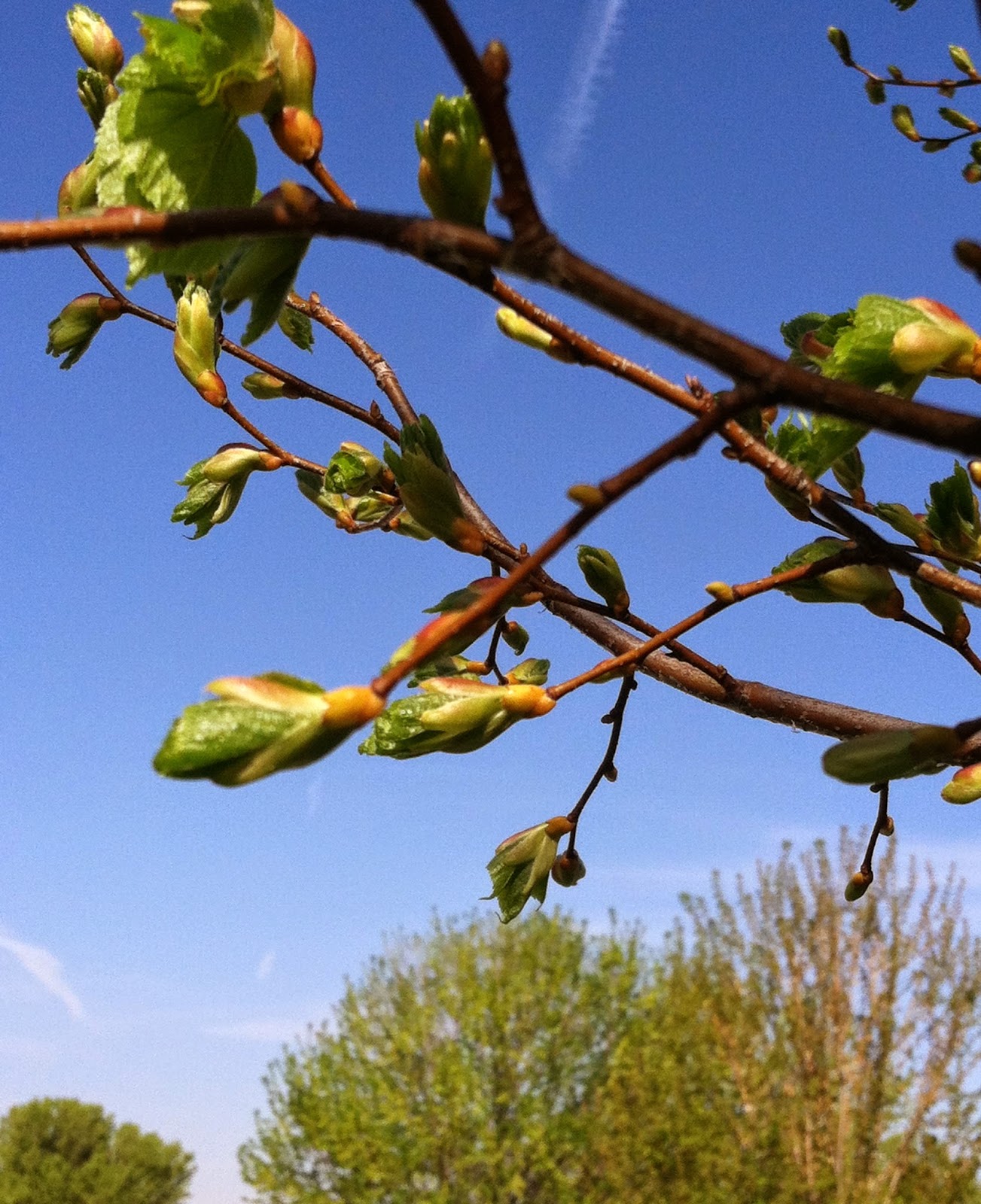 After several rains, the trees and yards in my neighborhood are a glorious green. One yellow iris is blooming while others are growing lavender buds. Last week a Baltimore Oriole stopped for nectar in the neighbor's apple tree. Yesterday morning I was doing breakfast dishes when an unfamiliar bird caught my eye. I knew from his slender shape he was different from a robin so I studied him through binoculars and identified a brown thrasher. His rust-red colored back, cream and brown streaked breast, and yellow eye were striking. His long tail and curved beak also made him stand out from other birds that frequent my yard. Since this thrasher prefers a wooded area tangled with undergrowth, I wondered if Sunday's strong storm blew him off course. He was only in the yard for a few hours and I haven't seen him since. Hopefully he found his way back to more familiar territory.

The last few summers, my large perennial flower bed has grown wild and weedy. Taking advantage of cooler Spring days, I spaded up a strip four feet wide along the fence and in front of the shed. I dug out weeds and ruthlessly thinned and moved perennials that grow well in the space. I added tarragon, rosemary, and three gaillardia because they will grow if bindweed and larkspur don't choke them out. I potted some lemon balm for the patio and plan to share a few leftover plants with friends. Now I'm trying to decide whether to mulch. The bed gets a fair amount of hot Nebraska sun so mulch would keep moisture in the ground. If I mulch, I prefer using leaf and grass clippings mixed with a little dirt or compost over newspaper because the mixture will eventually break down and contribute to the soil. However anything I use will have to be anchored against the wind.

Inside on wet or rainy days, I used these two books as references, Cover to Cover and Book Craft, and made several small books of my essays. First, I manually formatted the essays into landscape orientation and made a mock-up for the book. I folded and assembled pages into three signatures (sections) before sewing and glueing them together. In separate steps, I glued end papers to the book block and a piece of mesh fabric to the spine. Determining the correct size and spacing for the spine was tricky as it required measuring spaces to 1/16th of an inch. Making the cover reminded me of covering school text books with grocery sacks on my parents' kitchen table. 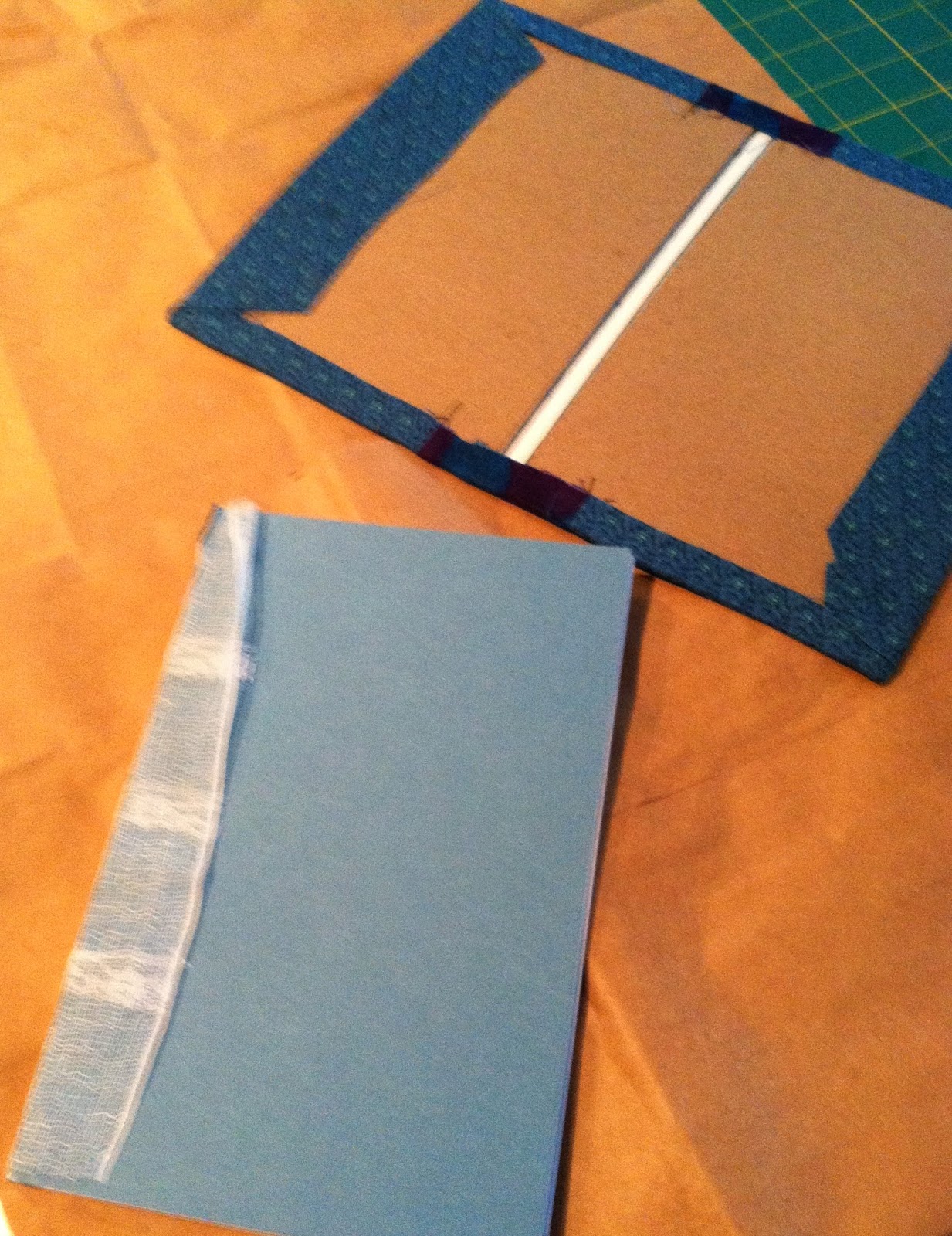 Nothing made by hand is perfect and these four little books are no exception. Although I revised and edited the copy many times, I found two typographical errors. Two of the books have spines that are a little too wide. I did manage to make two copies in which the the book block sits remarkably well inside the cover. The notion of handcrafting a container for my writing appeals to me. I have also learned a book is worth the price on its cover. 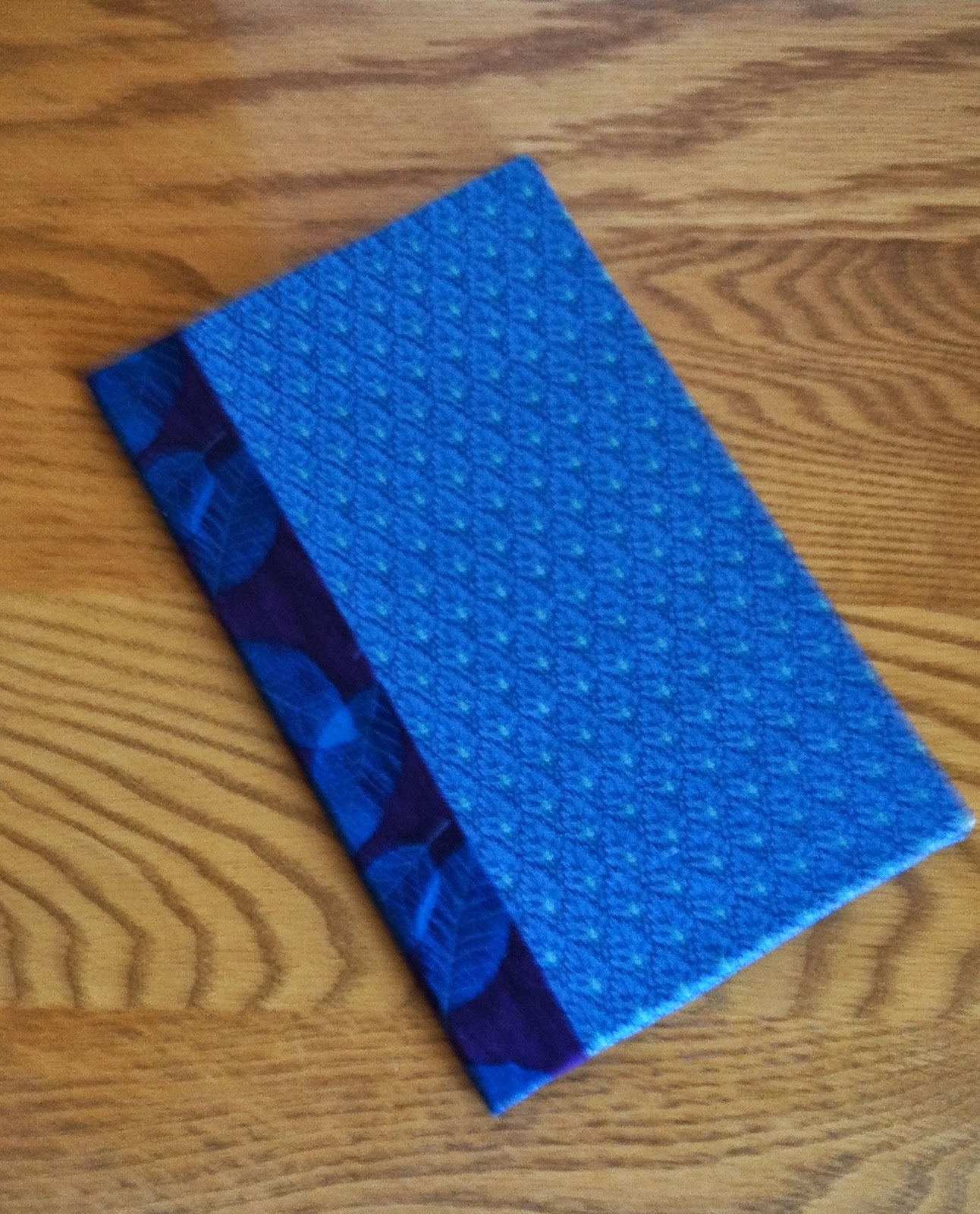