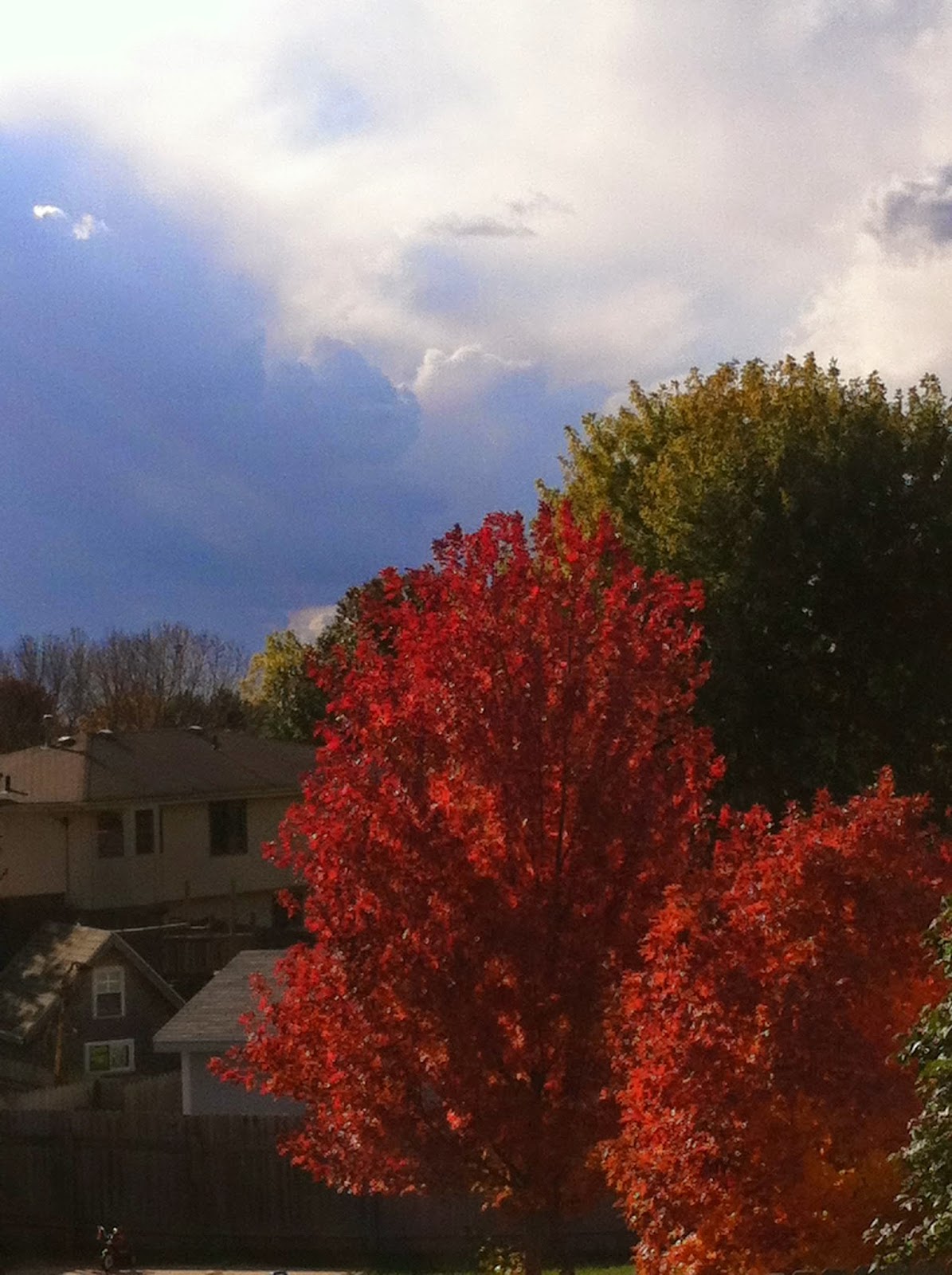 All the colors of autumn make me think about the multiple meanings of the word "color." As a noun, color is defined as "a phenomenon of light or visual perception that enables one to differentiate otherwise identical objects." As a transitive verb, the word color may be used to give meaning, as in "the story has plenty of local color." The word originates from the Middle English, colour, that comes from Latin. The American Heritage College Dictionary gives the Latin origin as "kel" from "kelos" (color and hue) and means that which covers. "Kelos" is related to "occulere" or the occult and means to cover over. So this is my vocabulary lesson for today.

As a knitter, I am drawn to yarn by both texture and color. I often choose yarn colors related to the season. Late winter/early spring I knit some yellow socks, a yellow cowl and matching mitts. When I ordered the sock yarn, I meant to trade the monochromatic landscape of winter for something warm and bright. 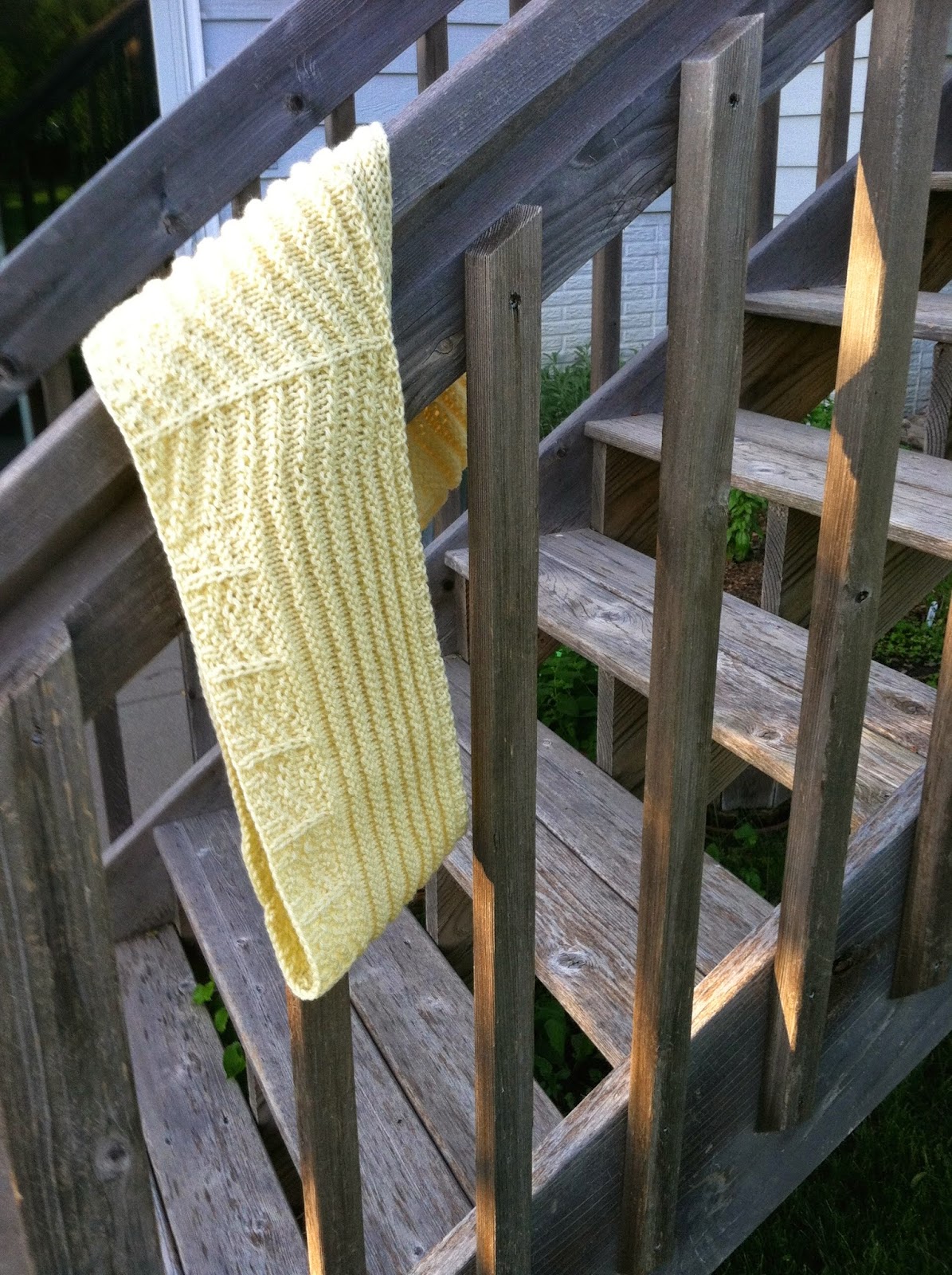 The pale yellow yarn in this cowl was left over from a sweater knit fifteen years ago. The color reminded me of the soft yellow daffodils in my yard. During the summer I knit two shawls in shades of lavender and two pairs of socks from two different greens. Lately I have red yarns on my needles.  I knit a pair of slipper socks for my Texas grandson. He requested socks and red is his favorite color. I knit another gift, a Biscuit Cowl from bright red colored yarn. In between the slippers and socks, I worked on a Tea Leaves Cardigan from a deep cherry/garnet red.

When I knit socks or shawls, I don't worry about colors in the yarn pooling. To me, a pool of color across an ankle or in a thumb is the charm of a hand knitted garment. Sweaters from tonal yarns are a different story. I'd rather not have a blob of color across my torso or in an armpit. This cardigan is knit from a tonal Madelinetosh Merino DK. Shortly after casting on the neck edge, I opened the skeins and looked at them in daylight. Three of the skeins were quite similar, while the fourth was a little darker and the fifth was considerably lighter than the others. I knit the yoke in one of the three similar skeins. As I knit down the body of the sweater, I changed skeins in order to blend in the lightest colored skein. 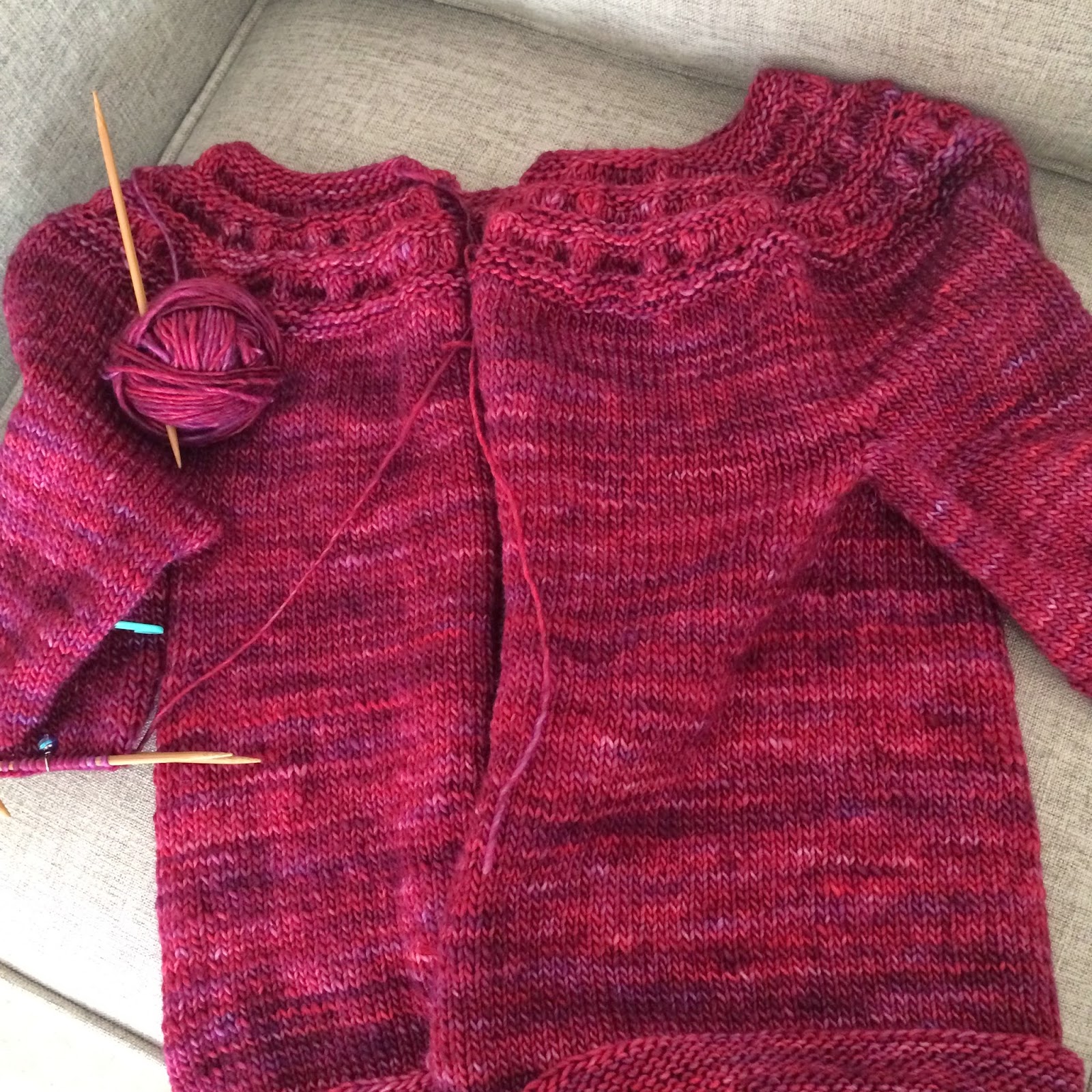 I didn't alternate every two or three rows because I didn't want to create stripes. I used the darkest skein for the bottom 1.5 inches of body and sleeves while leaving enough of the three similar skeins to knit the garter stitch borders and button bands. All of this left quite a few ends to weave into the finished sweater but that doesn't bother me. I rather enjoy the tidying up chores that finish a garment.

I plan to weave in ends and sew on buttons this afternoon while sitting on the deck in the golden light of October. Mother Nature is doing a magnificent job of pooling colors this autumn. While walking I've enjoyed the crimson and orange-red maples as well as ash trees that are yellow at the bottom with tops tinged a golden brown that turns toward a deep eggplant. The yellow locust trees lining one street look like fringe on a shawl. Yesterday, I was so enamored with the colors, I almost tripped on a raised edge of sidewalk. I am soaking up all the pools of glorious color in order to welcome the gray-blue hush of winter. 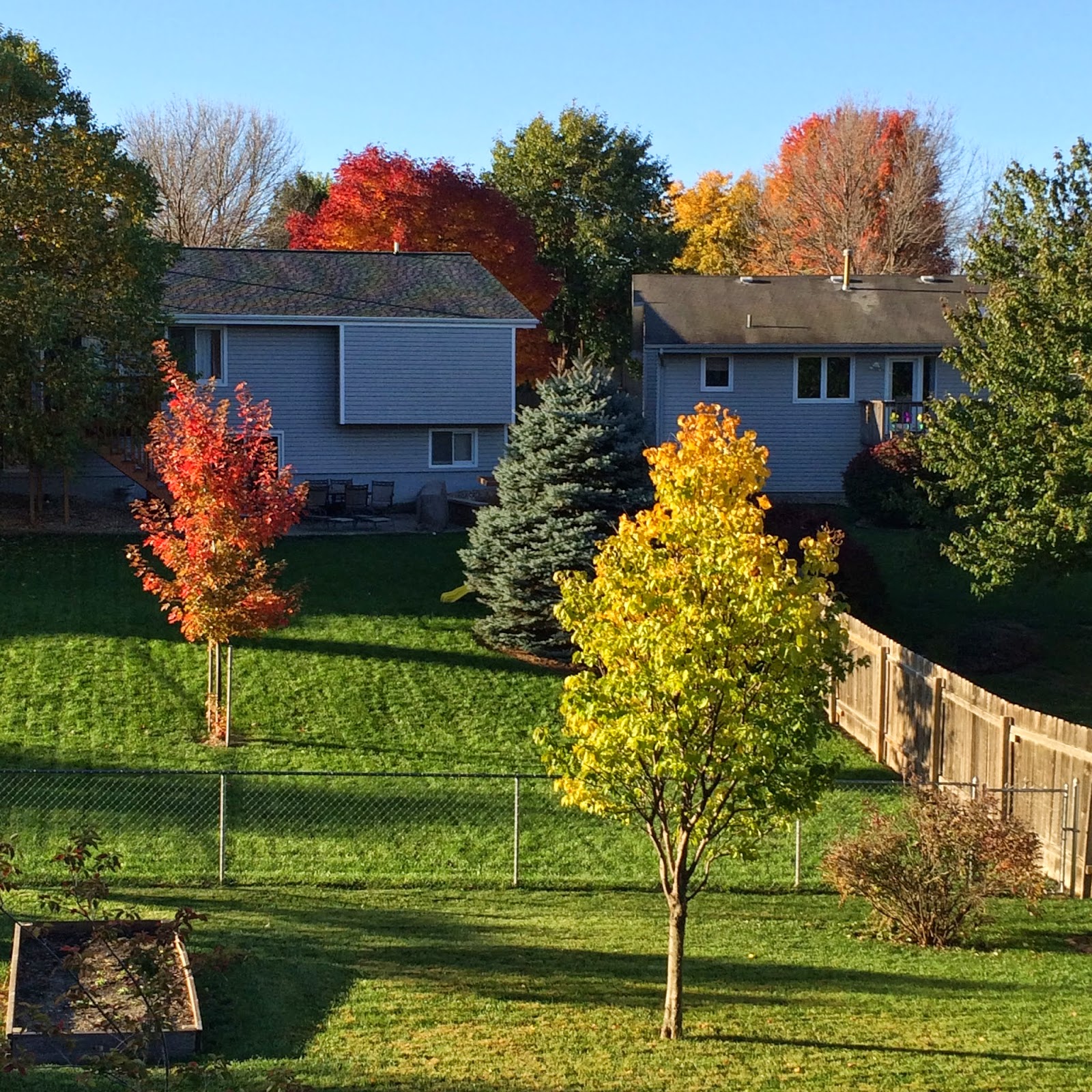