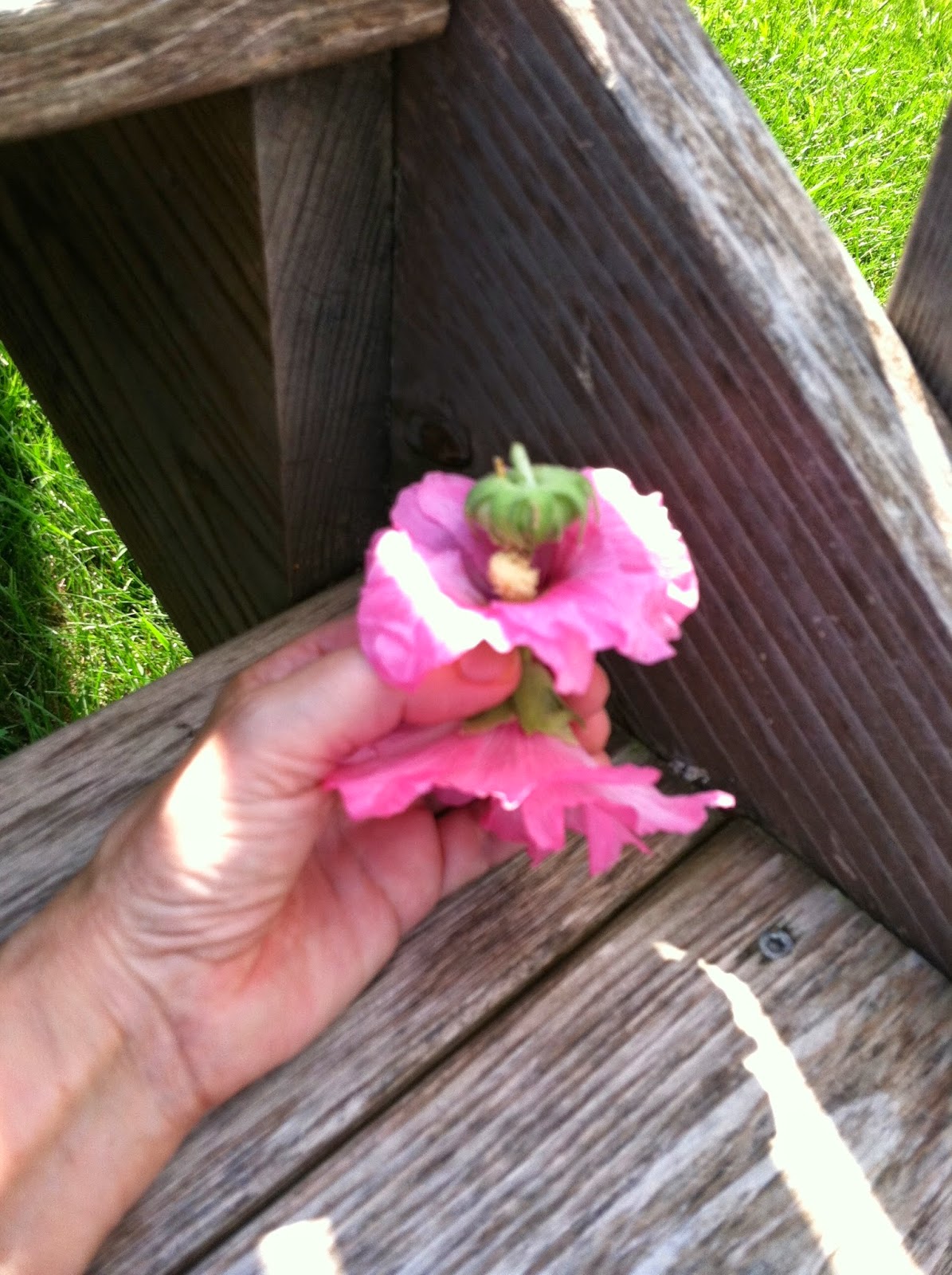 When my sister and I were little girls, my grandmother showed us how to make dolls from hollyhocks. Often we placed two blossoms end to end to make a bodice and skirt and then placed a bud on top for a head. On others we added a second toothpick and used more buds for arms. A few dolls rated tiered skirts of several blossoms. We didn't play with the dolls but occasionally we put them in a bowl of water and used them as a centerpiece. Like many childhood amusements, the fun of hollyhock dolls was in the making as well as spending time with Gram.

Gram, who was quite particular about things like popsicle juice on the front porch and the finish of her hand sewn garments, was generous with hollyhock blossoms and buds. She never fussed about the flowers we cut from tall stalks growing between the gravel driveway and the house. She grew up in Omaha in the early 1900's so perhaps hollyhocks were everyday flowers to her. Indeed they often grow without much care in alleys and along fences.

Hollyhocks are part of the hearty mallow family. The word mallow is derived from the Greek, althea, which comes from altheo, meaning to cure. Historically, parts of the plant were used for medicinal purposes. The plant is native to Turkey and other parts of Asia but came to Britain in 1573 from China by way of Palestine. Crusaders may have brought back the plant with them because it soothed horses' hooves. (landreth seeds)

The word hollyhock may be derived from the Anglo-Saxon terms holy (holly) and hoc (hock.) Hock might be a reference to horses' hooves or it might come from the term ad hoc, hoc meaning place. Thus the name hollyhocks could be interpreted to mean a holy place because they originally came from Palestine.  Regardless of how the flower came to be called hollyhock, I enjoy the reminder to find the sacred in ordinary flowers as well as ordinary days. (Hollyhocks: Dancing Ladies)

Gram probably had none of this in mind as she entertained two little girls on hot summer days. When I see hollyhocks in city alleys, small towns or in farmyards, I think about the women who plant and tend flower gardens which include hollyhocks, zinnias, and cosmos. I wish them joy and beauty in their ordinary days. 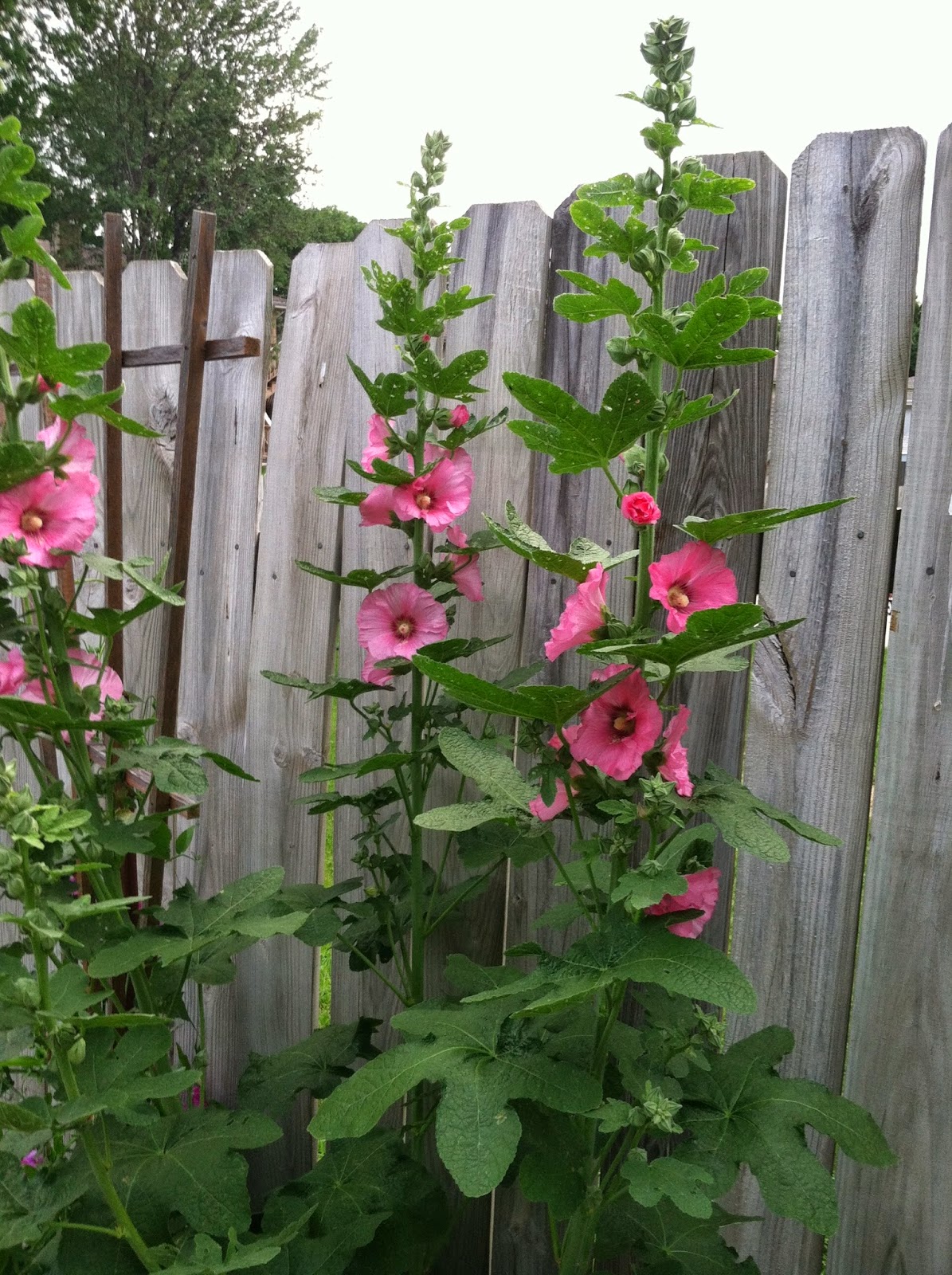